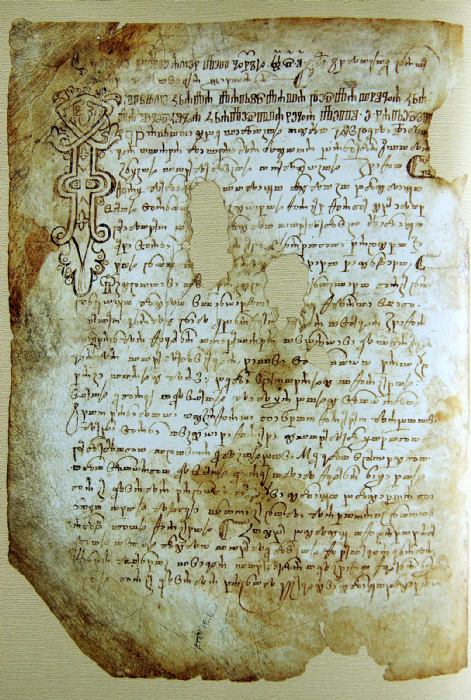 Vinodol code is one of the most important cultural monuments of Croatian people and also one of very important European medieval documents, a valuable source from whicg we can learn about the life of our ancestors.

The compilers of the Vinodol code tried to protect the serfcommoner from his omnipotent feudal lord, particulary interesting that the Vinodol code was made by "a commission consisting of representatives of nine Vinodol town-communes: Grobnik, Trsat, Bakar, Hreljin, Drivenik, Grizane, Bribir, Ledenice and Novigrad (present-day Novi Vinodolski)" The representatives of those towns met on 6th January 1288 in Frankopan castle in Novigrad and "in the presence of prince Leonard" recorded old judical practies used in the principality of Vinodol and thus the document got the name Vinodol Code.

Until the middle of the 19th c. the manuscript of Vinodol code was kept in the archives of the Modrus chapter in Novi Vinodolski, when it became property of Edvard Mrzljak, counselor in Croatian and Slavonic financial administration.

On 1851 he donated the manuscript to National Museum in zagreb, from where it was transferred to National and University Library where it has remained until present day.

The manuscript has 14 sheets i.e. 28 pages and it was written in Croatian in Glagolitic script.