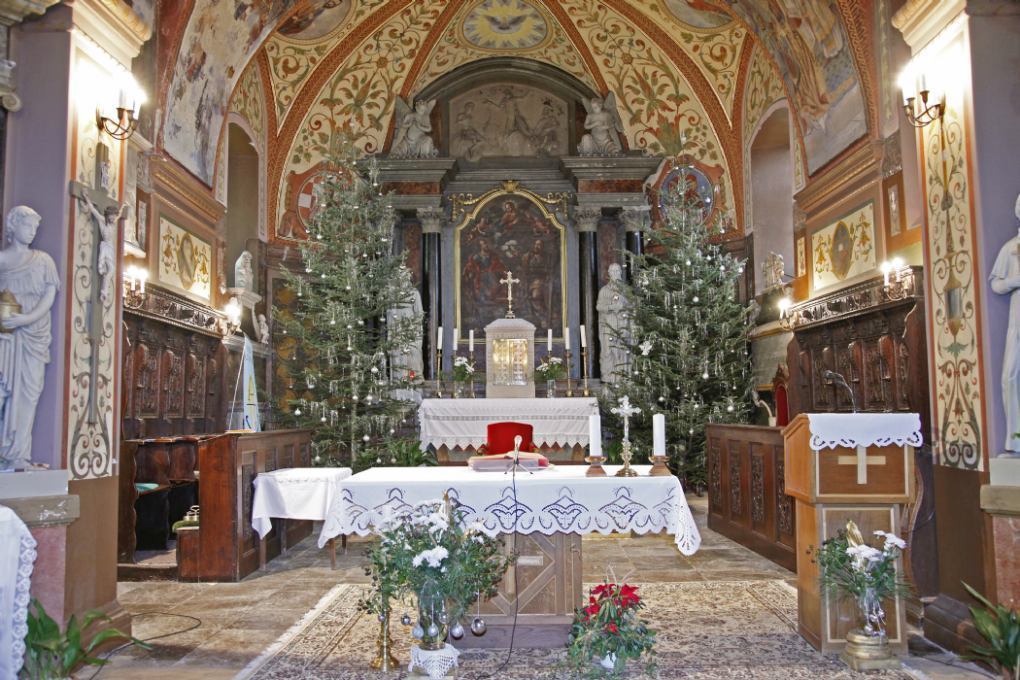 THE CHURCH OF BLESSE VIRGIV MARY ON OSAP AND PAULIST MONASTERY
Not far from harbour of Novi, on the Glavica promontory, there are the remains of a Paulist monastery. The Paulist belong to the order of St. Paul the Hermit and are commonly known as white friars, because of their white habits.
Close by stood the church of Blessed Virgin Mary on osap. Namely, in land-registers that part is marked as Osap. The documents witnessing the history of the church and the monastery are very scarce, but there is no doubt that they were built at the time of the Frankopan princes, particulary Martin. It is the same Martin who on 10th December 1446 approved the last will and testament of district-prefect Mihovil, by which he left his estate to the curch of Blessed Virgin Mary, witnessing thus that the church existed already in 1446.

The monastery had its own port (today this part of the sea is filled in and one part of the Forest Transport Company operates here), populary knpwn as "friars' port".
On the sites of former monastery and church a cemetery grew, and it is still being used.

SAN MARINO - ISLAND AND A SMALL CHURCH
At the distance of only 205 m from Novi lies a small island of san Marino.

In the past it was used as the fishing spot for tuna, but today there is only a Gothic church here, dedicated to St. marin, after which the island got its name. This church was most probably built on the foundations of a bigger old Croatian church, the remains of which were found during archeological excavations. A stone fragment from the 3rd or 4th c., discivered on the island, bears an inscriptions mentioning Roman empress Helena.

Professor radmila Matejcic claims that this small church counts among town chapels, while the others, as e.g. the chapel of St. John on Kras, of St. Nicholas on the Bribir shore, of St. Lucy in zagori and of SS. Cusma and Damianus above the Great Field count among suburban or country chapels.

Above the old part of Novi Vinodolski, on a plateau of a stone rock which steeply descends towards the sea, rises the 36 m high bell tower and a cathedral of SS Philip and Jacob.

Until 1909-1911 the old church used to have a belfry on the church roof, but at that time a new pulled down. On the site of present-day bell tower a votive church of SS Fabian and Sebastian was built in 1511. The legend says that it was built in only 24 hours as a vow to God to protect them from plague which raged in those parts several times.
It is not known when exactly the cathedrals was built.

The year 1520 is cut into outer western wall of the church. It is believed to be the year of reconstruction or extension of the church, because there are proofs that church existed in Novi Vinodolski at the time of passing of the Vinodol code.
The cathedral is built as a three-nave basilica.

Woodcarved choir satlls from the second half of the 17th c. preserved in the cathedral count among the most valuable woodcarved works, from the last period of the Frankopan rule. 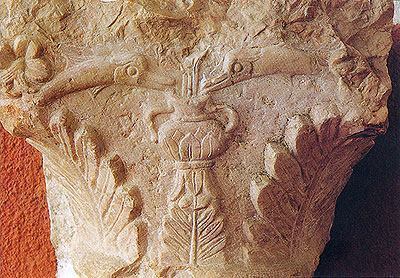 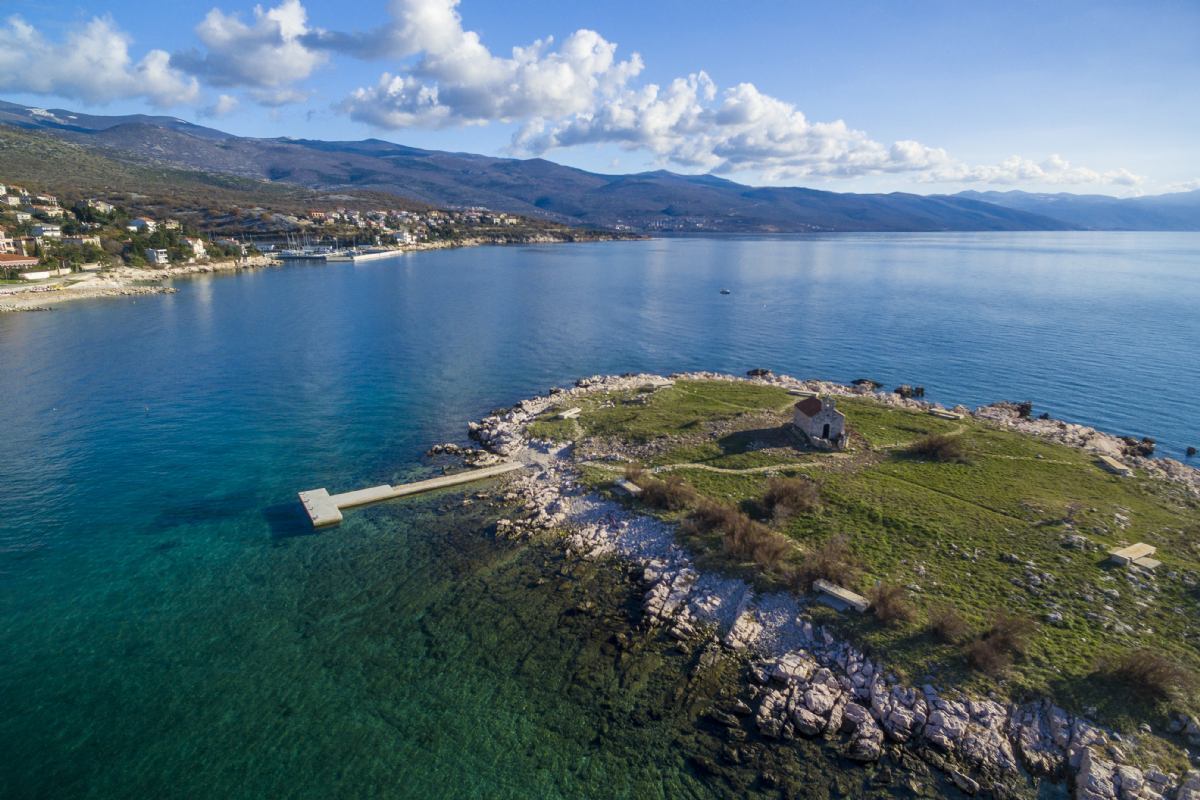 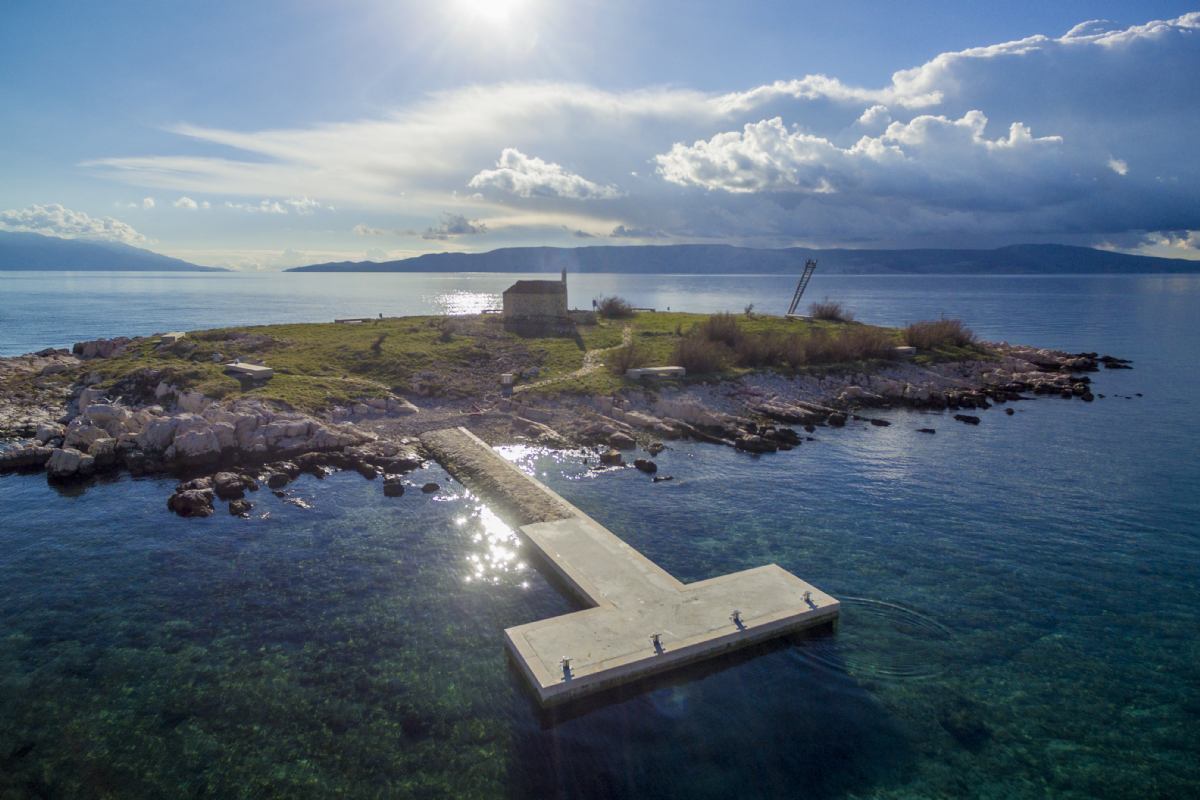 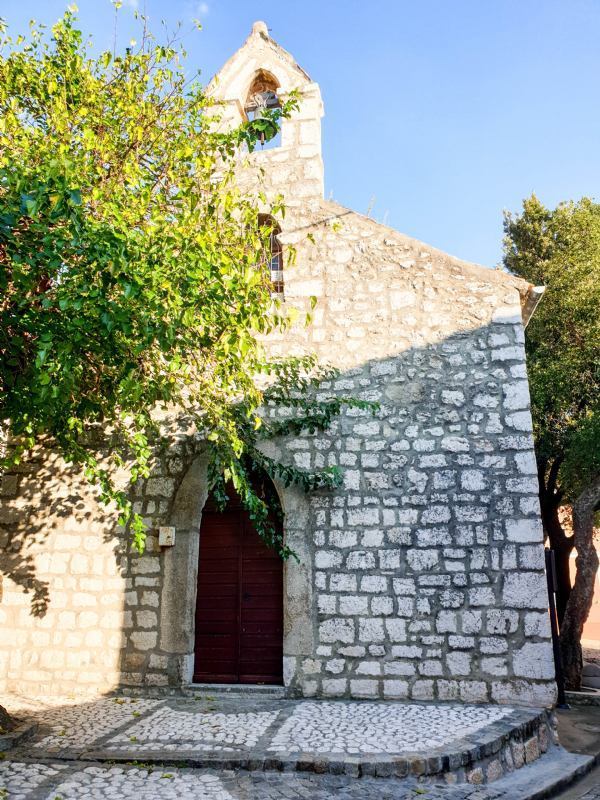 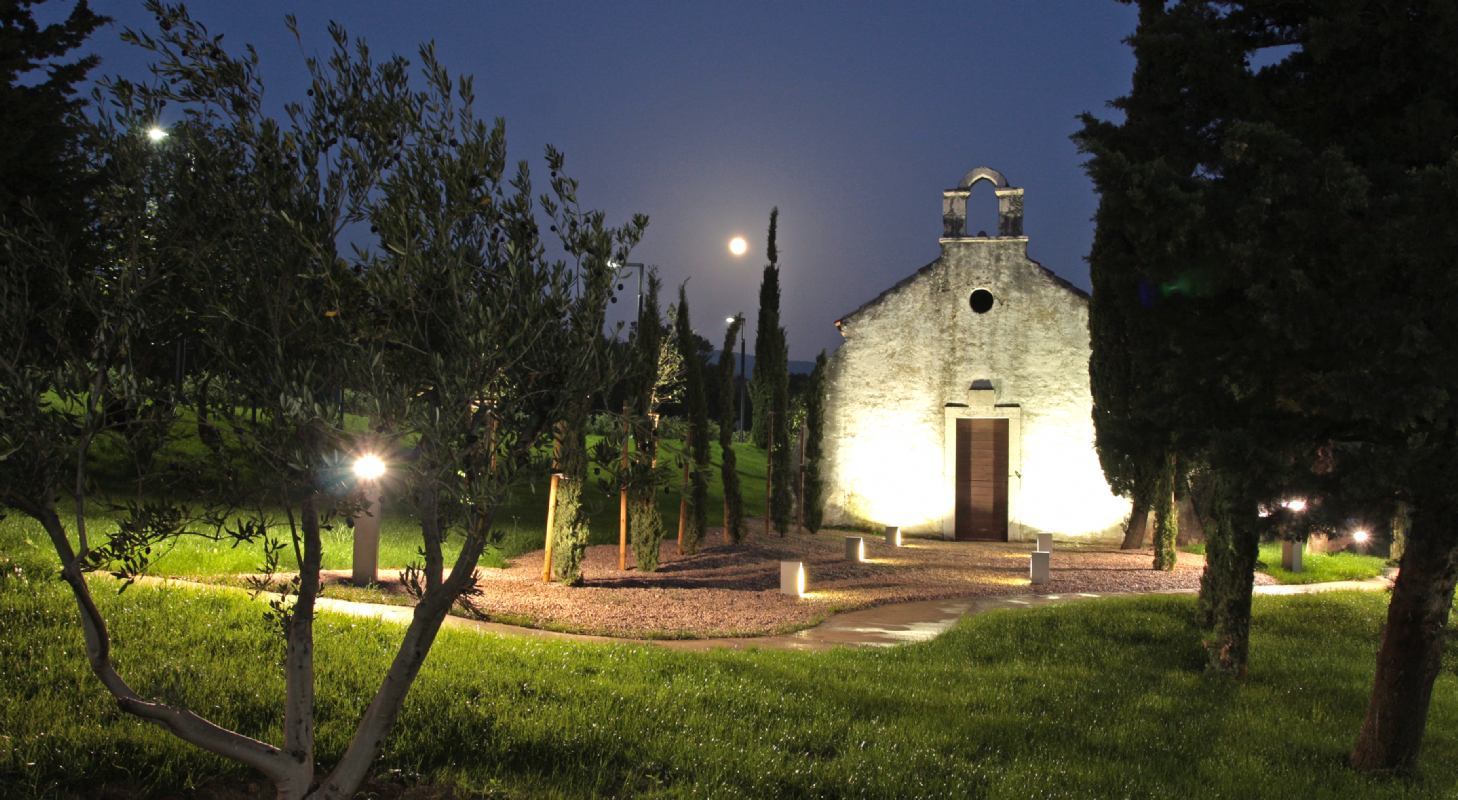 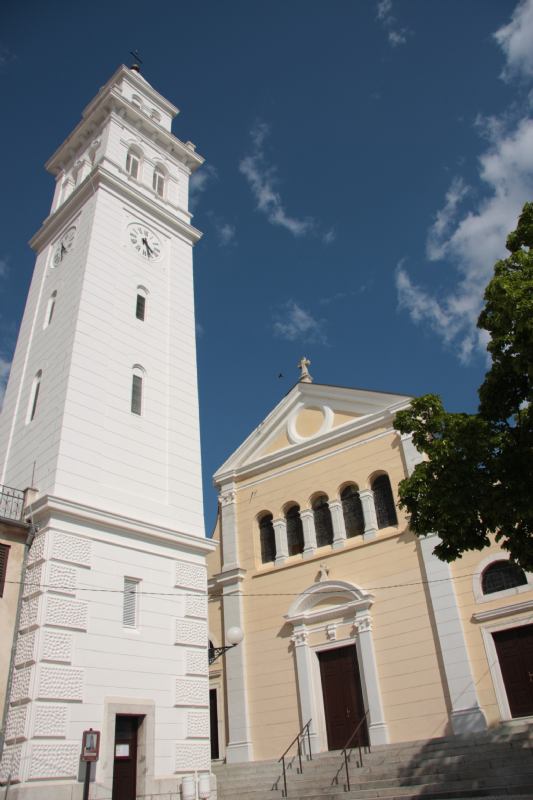 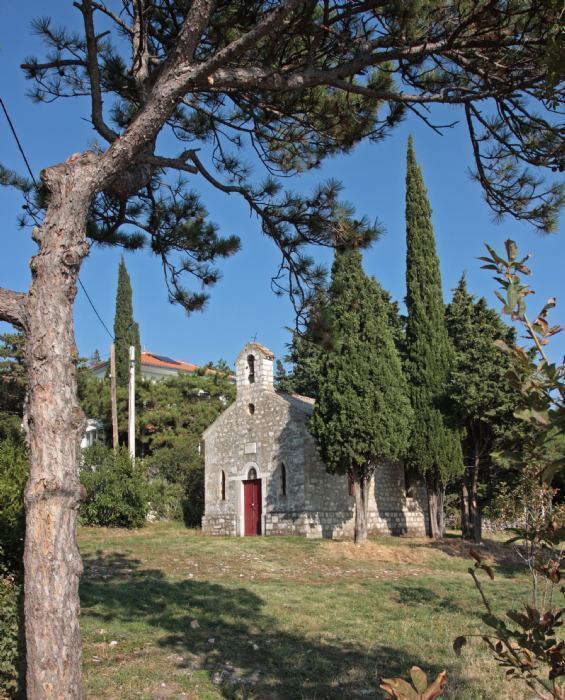